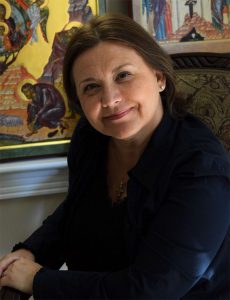 Tatiana begin studying traditional iconography under Master Iconographers Vladislav Andrejev and his son Dimitry Andrejev. After five years of diligent study, she has become an instructor of this ancient style in 2018. She conducts iconography classes in the United States and in Ukraine, continuing to pass along the traditional techniques through the generations, while creating her own work and honing in on her skills. 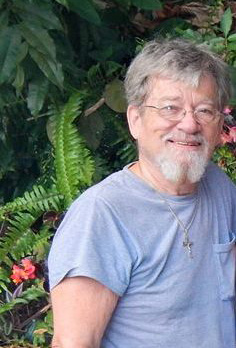 Vonn is an artist of Catholic sacred art, primarily a painter and woodcarver, but also has done major work in mosaics, ceramic sculpture, and portraits. One of his portraits hangs in the Pontifical North American college at the Vatican, and his 14 Stations of the Resurrection hang in the central nave of the Catedral Metropolitana San Juan Bautista in Old San Juan, Puerto Rico. He lives with his wife Patricia and animal friends in the mountains of Guaynabo Puerto Rico where he has his studio.

He first came to his carving as a skilled worker with his father who was a carpenter, and as a teenager began carving  and painting Sacred Art which in various mediums he has continued to teach and work  professionally for the last 40 years. 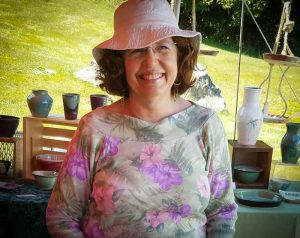 Cynthia Huesman is primarily an oil painter who paints in a realistic style and additionally has fun with abstraction. She also works with egg tempera, acrylics and pastels.  Her favorite crafts are parchment craft, pysanky and paper crafts.  Cynthia is most inspired to produce art that has meaning for others as well as creating paintings that show the wonder and beauty of God’s creation.  She is a wife, mother and grandmother and takes delight in providing her grandchildren with art and craft lessons.